*Mr. Dennis A. Uy tendered his resignation effective June 3, 2021 and Mr. Frederic C. DyBuncio was appointed as Chairman of the Board. 61, Filipino, is the President/Chief Executive Officer and a director of 2GO and SM Investments Corporation. He is the Vice Chairman of the Board of Directors of Atlas Consolidated Mining and Development Corporation. Prior to holding the post, he was a career banker who spent over 20 years with JP Morgan Chase and its predecessor institutions. During his stint in the banking industry, he was assigned to various executive positions where he 5 gained substantial professional experience in the areas of credit, relationship management and origination, investment banking, capital markets, and general management. He has worked and lived in several major cities including New York, Seoul, Bangkok, Hong Kong and Manila. He graduated from Ateneo de Manila University with a Bachelor of Science degree in Business Management and finished a Master’s degree in Business Administration program at Asian Institute of Management. 53, Filipino, is a Director and Corporate Secretary of 2GO. He is a practicing lawyer specializing in Mergers & Acquisitions, Capital Markets and Banking and Finance. In 2020, he was named Asia Best Lawyer by the International Financial Law Review (IFLR). He is also consistently ranked as a leading lawyer by the Legal500 Asia Pacific and IFLR1000. Mr. Serrano is a director of 2GO Group, Inc. He is also the Corporate Secretary of Premium Leisure Corp., Crown Equities, Inc., as well as various subsidiaries of BDO Unibank, and also serves as the Corporate Information Officer of BDO Unibank and BDO Leasing and Finance, Inc. He is also Corporate Secretary of, and counsel to, prominent banking industry associations and companies such as the Bankers Association of the Philippines and PDS Group. Mr. Serrano is a Certified Associate Treasury Professional (2017) and was among the top graduates of the Trust Institute of the Philippines in 2001. Mr. Serrano holds a Juris Doctor degree from the Ateneo Law School and a BS Legal Management degree from Ateneo de Manila University. 73, is an Independent Director of 2GO. Atty. Dureza earned his Bachelor of Arts degree from the Ateneo de Davao University. He earned his law degree from the same university in 1973 and placed 10th in the Philippine Bar Examination. He then became editor of the Mindanao Times, correspondent for Manila Times, Manila Bulletin and Associated Press, and hosted Davao’s first TV talk show “Brainstorm”. Atty. Dureza became Davao Congressman in 1987 and served until 1993. He was appointed by President Fidel V. Ramos as Presidential Assistant for Mindanao and chairman of the Mindanao Development Authority. In 2002, he founded the Advocacy Mindanow Foundation. During the administration of President Gloria Macapagal-Arroyo, he served in various capacities as Chairman of the Government Peace Panel with the MILF, as Press Secretary, Presidential Peace Adviser, Chief Presidential Legal Counsel and Chairman of Mindanao Development Authority. Atty. Dureza was also a senior partner of the Rama Dureza Abarques Law Firm. President Rodrigo Duterte appointed him as Presidential Peace Adviser until he honorably resigned in November 2018. He is now back as Chairman-CEO of the Advocacy Mindanow Foundation and as publisher of the Mindanao Times. 61, filipino, founded PNO Management and Legal Consulting in September 2016 after completing his term as a government official. He is currently the Chairman of PRIVAATE Corp. since 2019 and the President of Manuel L. Quezon University (MLQU) from October 2020.

Atty. Ochoa served as Executive Secretary (Office of the President, Republic of the Philippines) from July 2010 to June 2016. During this period, he also chaired various national government committees among which were, the National Organizing Committee of the 2015 Asia-Pacific Economic Cooperation (APEC), and National Organizing Committee on the Visit of His Holiness Pope Francis in January 2015. He is the longest serving Executive Secretary to date and the only individual to serve the full term of a President.

He also served as City Administrator of the Quezon City Local Government from January 2003 to June 2010 during which period, he introduced prudent spending practices which together with improved revenue collection, allowed the City Government to balance its budget and achieve unprecedented increase in income.

During his stint as Executive Secretary, he was conferred by President Benigno S. Aquino III the Order of Sikatuna with the rank of Datu (Grand Cross, Gold Distinction) in December 2015. He was also conferred Doctor of Laws, Honoris Causa by the Palawan State University, Puerto Princesa City, Palawan.

After his career in public administration (from 2016 to present), Atty. Ochoa focused on leading a team that provides advisory services in two major areas: 1) financial advisory services which include conduct of customary financial due diligence; analysis of business operations, financial condition, and prospects; evaluation of debt capacity and capital structure alternatives; financial restructuring; pre acquisition and post-acquisition evaluation; negotiations leading to Transactions (BOT or JV); and 2) legal and regulatory compliance which include legal due diligence; preparation of contracts and other documents covering Transactions, including negotiations; and compliance with government rules and regulations.

Atty. Ochoa holds a Bachelor of Laws degree from the Ateneo De Manila University (class of 1985). He completed his Bachelor of Arts degree in Economics from the University of Santo Tomas in 1981. 60, Filipino, is an Independent Director of 2GO. He concurrently serves as a member of the Board of Directors of Rizal Commercial Banking Corporation (RCBC), Pacific Online Systems Corporation (POSC), Atlas Mining & Development Corporation (Atlas), Axelum Resources Corp. (AXLM), and MRT Development Corporation (MRTDC). Mr. Serrano’s more than 30 years of professional experience in corporate finance advisory work covers the development and promotion of financial advisory and special project engagements involving transaction structuring, public offerings, listings of shares, asset securitization and monetization, workout deals, project studies, business acquisitions, and debt and equity capital-raising. Mr. Serrano was a Partner in the Corporate Finance Consulting Group of Sycip, Gorres, Velayo & Company (SGV&Co.) and started his career in the Audit and Business Advisory Group also of SGV&Co. Mr. Serrano is a Certified Public Accountant and graduated cum laude from the Polytechnic University of the Philippines, where he obtained his Bachelor of Science Degree in Commerce. He obtained his Master’s degree in Business Administration (MBA) from the Harvard Graduate School of Business in Boston, Massachusetts, U.S.A. 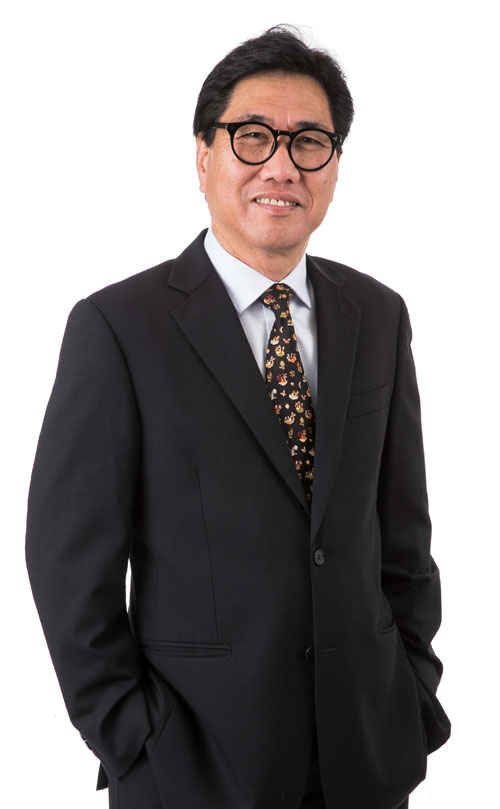 From 2015 to 2017, Sam was the Group Chief Executive Officer of Quantium Solutions International as well as Famous Holdings, the freight forwarding business of Singapore Post. He was also in charge of SP Parcel (a Singapore based express company) and Couriers Please (an Australian based express company). These businesses combined generated more than $500 million in revenue with a staff strength of more than 2,000 across 14 countries in Southeast Asia, Oceania and Europe. Concurrently, Sam was also an Executive Vice President of Singapore Post Limited and was part of its key Senior Leadership team in its transformation journey to become a leading E-Commerce Logistics player.

Sam holds a Business Administration Degree from the National University of Singapore and is a graduate of INSEAD’s Senior Management programme in Fontainebleau, France. 50, Singaporean, is a member of the Board of 2GO Group, Inc.. He is also a Partner and Managing Director of Archipelago Capital Partners, a private equity fund manager investing in South East Asia. He had previously served as the Executive Vice President for Investments at Singapore Post Limited, where he led multiple transactions across Asia-Pacific that helped transform the company into a major E-Commerce Logistics player. Prior to that, he had been a consultant at McKinsey & Company, where he advised on strategy, M&A and corporate finance, working with clients across Asia-Pacific from diverse sectors including consumer, energy, transport and logistics. He graduated from the National University of Singapore with a Bachelor of Engineering (Mechanical) and holds a Master of Business Administration from INSEAD. 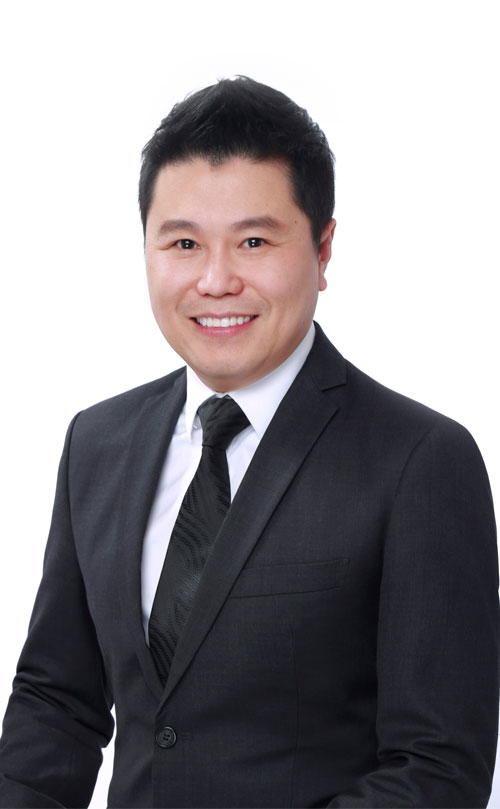 Australian, is a member of the Board of 2GO.  Stephen is an accomplished business leader with over 25 years working experience in Asia Pacific.  He has worked for some of the most iconic global brand managing operations and logistics functions, and has spent over a decade working for different business divisions of Deutsche Post DHL.  Having experienced life on different side of the logistics relationship, he is in a unique position to have an adept understand of the industry.

He was the secretary of the leading express industry association, the conference of Asia Pacific Express Carriers Australia between 2003-2006.

Prior to joining DHL, Stephen held various operational and management roles in Australia in both manufacturing sectors and technological firms.

Stephen is a graduate of Australian Graduate School of Management with a Masters of Business Administration.  Moreover, he holds a Master of Science in Network System, a Bachelor of Business in International Trade majoring in Economics and Marketing, and is a Licensed Customs Broker. 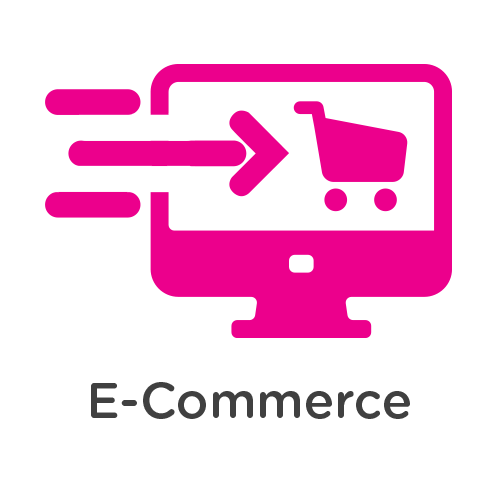 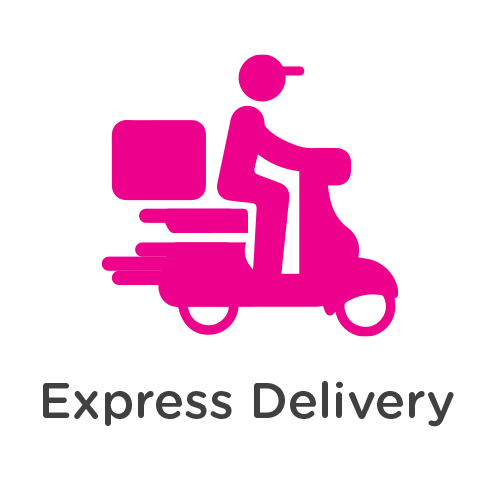 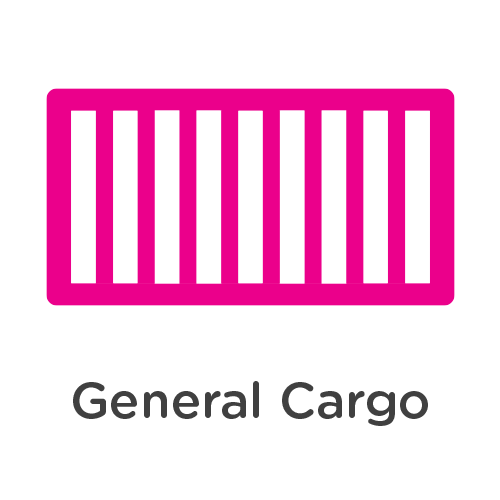 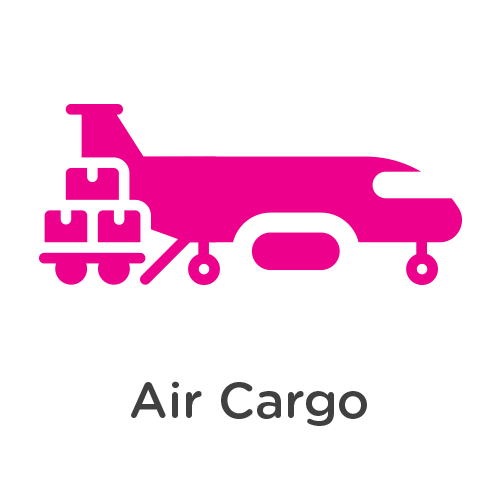 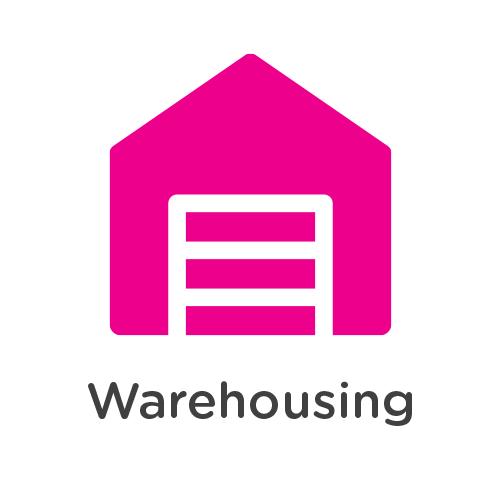 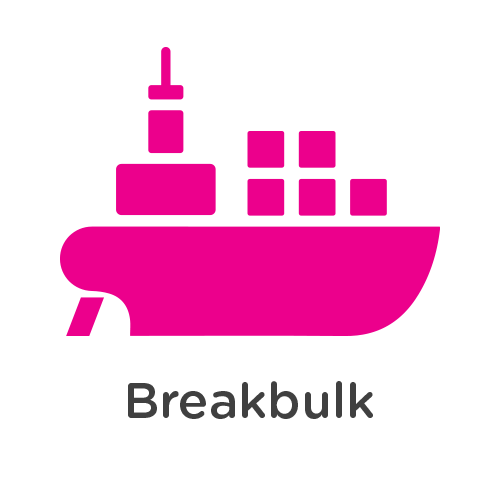 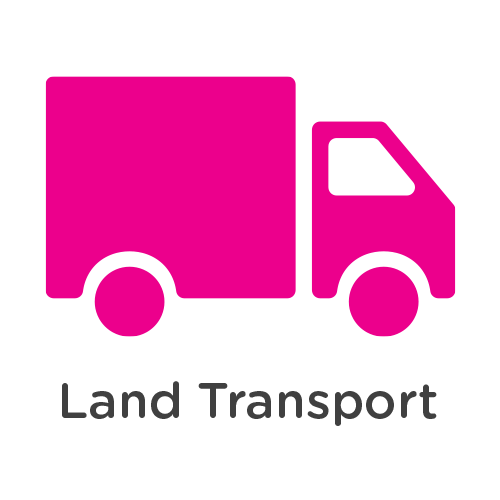 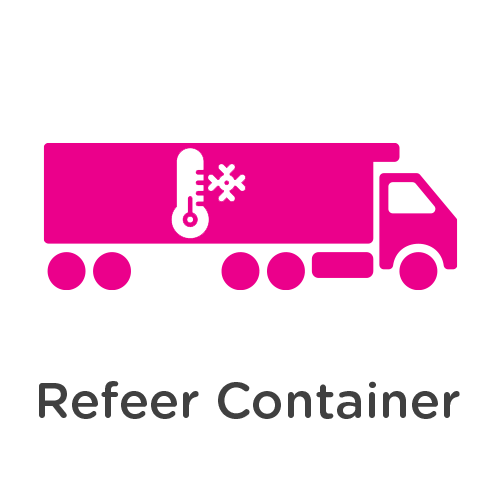 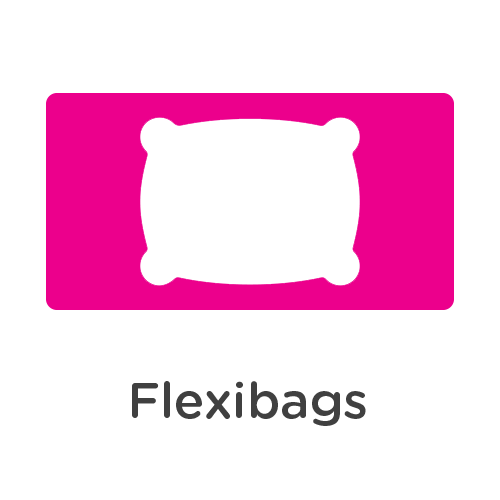 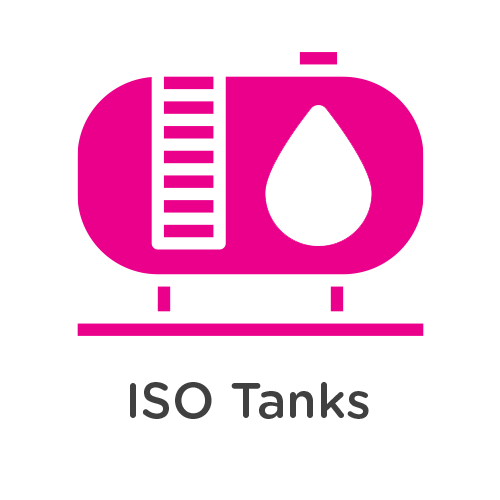 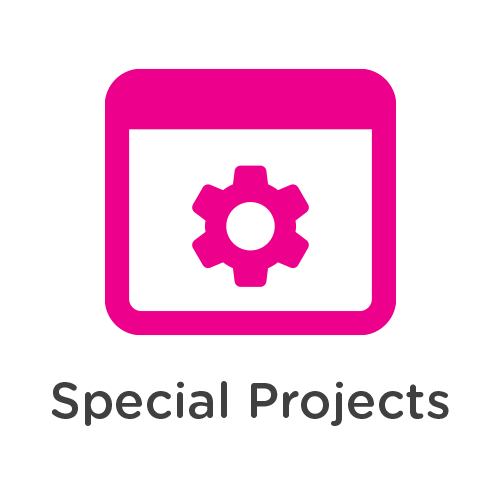 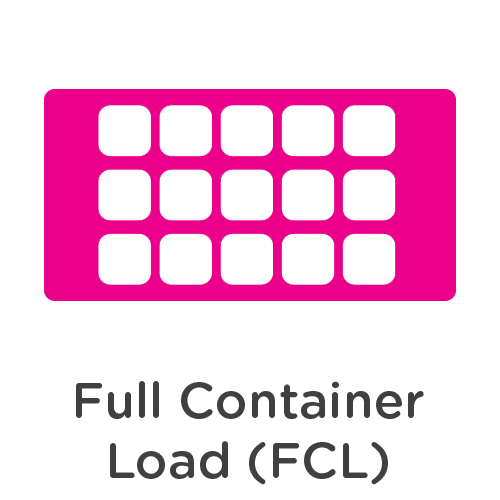 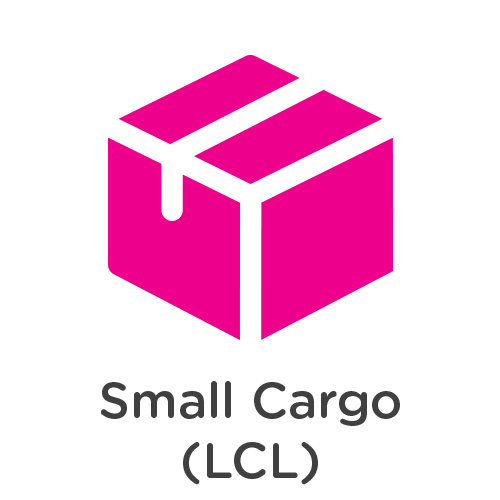 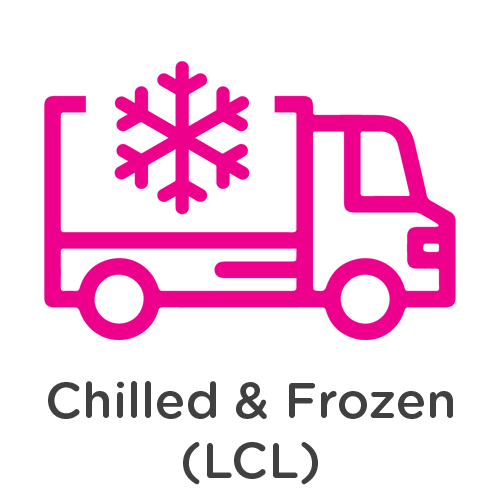 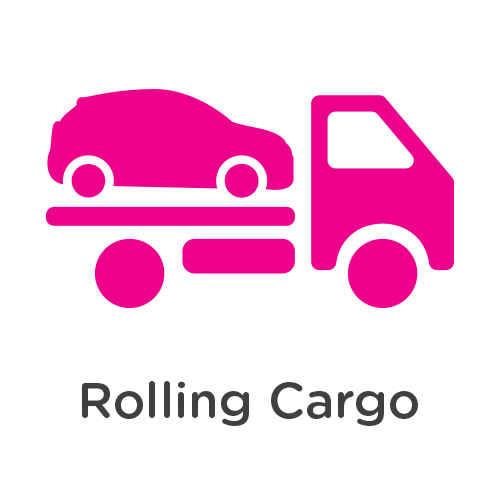